Humans have been sweet on candies for a lengthy time. Before sugar was honey, the available natural sweetener, provided that you weren’t afraid of bees. As far back as 8000 BC, New Guinea and Southeast Asian began extracting juice from the sugar cane plant and often chewing it for its sweet flavor (kind of like early chewing gum). With the discovery of granulation a few thousand years later, it was easily transported and slowly introduced into Persia, India and ultimately the Mediterranean nations across the trade routes. Around 510 BC the Persian Emperor Darius invaded India where he found “the reed which gives honey without bees.” 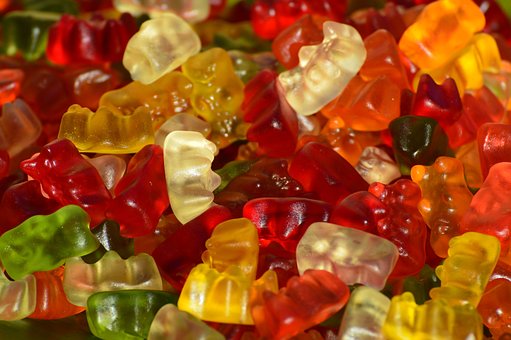 During medieval times, sugar was quite expensive and regarded as a fine spice, together with salt, cinnamon, ginger, cloves and pepper. Although sweetening still relied mainly on fruits and honey (like dates) it made its way into the West Indies, thanks to Christopher Columbus, a sweet guy, since he carried sugar on his second voyage there, specifically to Hispaniola, what is now Haiti and the Dominican Republic. Paradoxically, early Greeks and Romans considered it medicinal. (Oh boy, wouldn’t that be good.)
As recent as two hundred years ago, when sugar was a premium commodity, the average American consumed only about 5 pounds annually. These days, the typical American consumes a staggering 150 to 170 pounds of sugar in one year, which plays out to 1/4 to 1/2 pound every day (picture 30 to 35 five-pound luggage). Yikes. You’re thinking, no way, not me. Well, even if you don’t drink soft drinks or sweetened drinks, added sugar is lurking in so many foods where you may not realize. Sweeteners such as high fructose corn syrup are found in everyday basics which we use liberally without a thought: ketchup, hot dogs, Melbourne Opossum Removal, processed foods, canned goods, peanut butter, salad dressings, the list is endless.
The American Heart Association recommends added sugars shouldn’t exceed 150 calories per day (37.5 grams or 9 tsp) for men; 100 calories per day (25 grams or 6 teaspoons) for women.
So where is all this sugar invading our diets? Let’s take a look:
Juice boxes for children, even though it says 100% juice, may contain 15 to 22 grams of sugar for a 6 to 8 ounce serving. They may also be drinking soda pop
Lunchables, frequently found in children’s lunch boxes, 14 grams sugar
Honey Smacks boxed cereal is 60% flat-out sugar (20 gram)
How about these drinks you think are healthier: many popular fruit juices contain over 40 g in the small size
Your favorite mixed drinks at Starbucks:
Tall Caramel Frappuccino (12 ounce) 46 g
Horchata Almond milk Frappuccino (16 oz) 66 g
Average 12-ounce can of soda contains about 8 teaspoons of sugar. It only takes four 12-ounce cans of soda to equivalent 1/4 pound! For many people, drinking this amount of soda in one day is not a challenging task to accomplish. For many, it’s a daily habit; other popular soft drinks average 13 gram to 16 g.
One of the most popular biscuits in your grocers’ shelf:
Chips Ahoy, only 3 cookies delivers 33 g;
So let us move on to what might not be as obvious:
Low-fat yogurt can add up to 47 grams of sugar (zowie)
Sports beverage (32 g)
Canned veggies 10 g per serving
Glazed doughnut 12 gram
One scoop of premium ice cream, around 19 g (add 2 T chocolate syrup another 19 g)
Chocolate shake (fast food) 74 g sugar
Two Tablespoons of Honey Mustard Dressing has 5 grams of sugar; the same serving of fat-free French has 7 g, (and few people use only 2 Tablespoons)
Average granola snack bar 24 g
(writer’s note: many low or fat-free products contain extra sugar, and Remember that drinking orange juice or apple juice is still sugar)
So just for fun, let’s add up a typical American daily food intake (average portions) 4 grams of sugar equals 1 teaspoon:
Breakfast: orange juice, cereal, coffee (20 g, 12 g) smoothie or two donuts on the run (40 gram or 24 g)
Lunch: off to the fast food joint where you grab a cheeseburger, fries, lots of ketchup and a chocolate shake (9 g, 14 g, 74 g)
Afternoon: mixed coffee pick me up (46 g) or raiding the office vending machine for a candy bar, soft drink (30 g, 39 g)
Dinner: frozen entree, salad with dressing, 4 cookies, iced tea with sugar (16 g, 20 g, 44 g, 4 grams)
Late night snack: peanut butter with crackers (14 g + 2 g), cola (39 g)
Total: 337 g which translates to a whopping 84 teaspoons of sugar to the day (and that’s conservative). Yikes. (Plus you need a degree in chemistry just to pronounce the names.) Have a sweet day.